“I have so enjoyed the Fiddle-Online experience.  I look forward each week to spending this time with my fiddling peers from all over the country.  And by the way, if i can handle the online technology, anyone can!”

“I really like being able to watch and hear Ed play and then to have the opportunity to ask any questions I might have or to ask for a repetition of something if I need it. Overall, it's an enjoyable, low-key way to learn in your own home with a professional musician and teacher as a guide!”

“The online fiddle classes are the most helpful and affordable method I have found for learning basics and new techniques. Class materials are ready online before each class, so students can be prepared. The classes are low pressure, and there is opportunity to ask questions. After each class, review materials are available online.”

"This class is invaluable because it helps me to focus on things that I've glazed over, such as right hand, bowing technique and timing. My fundamental bowing has been helped a lot."  -- Don Counihan, Massachusetts

“Fiddle-online has been a big plus for me. I can improve my playing skills while learning tunes even when I am traveling without my fiddle.”

“The classes are fun and enlightening as well as his online learning website. You can learn at your own pace.  I wasn't sure about online learning, but it has served me well.”

“I especially enjoy the online group classes, and it is fun to join in these classes with other fiddlers from around the country. Ed has an engaging method of teaching the fiddle, ranging from detailing the history of a particular tune, to his diligence in teaching bowing patterns and other techniques that bring a fiddle tune to life.”

Ed Pearlman has taught and performed fiddle throughout the USA and in Canada and Scotland, working with all levels and ages for 40 years.  For advanced students and in performance, he has specialized in Scottish fiddle music but has experience in various styles.

"I think I’ve learned more from Ed than I have from any of the instructors I’ve had in the past (and they were all awesome too!)" –Swannanoa fiddle camp student

"Everyone was very impressed with Ed - both his teaching and his playing - and he certainly taught me more about how to use a bow in 20 minutes than I was able to teach myself in 5 years." –Student at Blazin-in-Beauly fiddle camp, Scotland 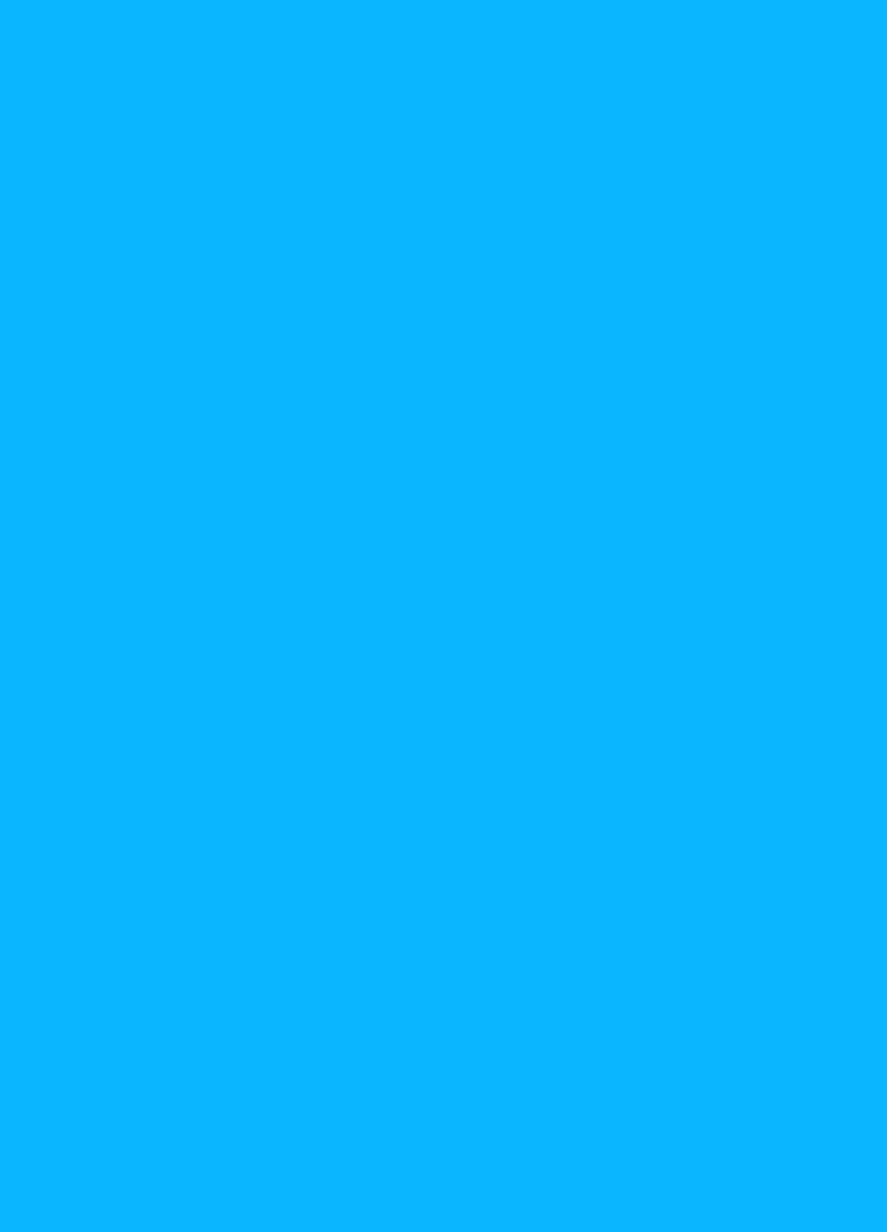 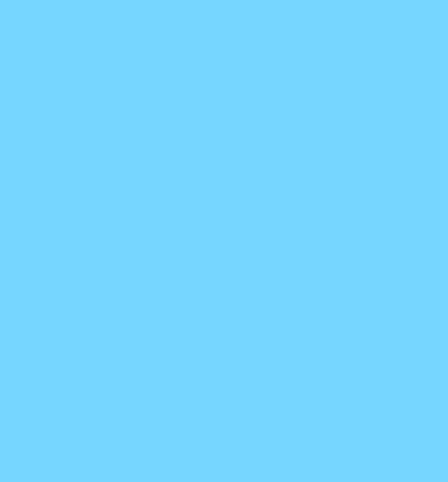 James Kelly, a native of Ireland, is one of the greatest Irish traditional fiddlers alive today. His

father John was a renowned fiddle and concertina player from County Clare. James has toured the world, hosted an Irish TV show, and was a member of the legendary bands "Patrick Street" and "Planxty."

Irish fiddler Liz Knowles played for Riverdance, soloed on the soundtrack for the film Michael Collins and with such orchestras as

the New York Pops and the Cincinnati Pops. She has performed as a member of Cherish the Ladies, String Sisters, Celtic Legends, and Open the Door for Three.

Claude Méthé – Self-taught, Claude has made a

lasting mark as a fiddler and singer on Québec’s vibrant trad scene as a member of such pivotal groups as Le Rêve du Diable, Manigance, Dentdelion, Ni Sarpe Ni Branche, and Entourloupe.

He has recorded two solo albums, and three albums with the band Entourloupe, taught at many camps and events, and teaches traditional fiddle and the history of traditional music.

ie Segelstein – Founder and director of Veretski Pass, and fiddler with many top klezmer bands.  She has taught workshops at universities and festivals round the world, and at klezmer music camps in North America and Europe.  Cookie was featured in ABC’s documentary, “A Sacred Noise,” and in “Everything’s Fine” starring Robert DeNiro.

– Steven leads klezmer music master classes internationally, has worked with some of the world’s leading klezmer ensembles, is a founding member of Cleveland’s East European ensemble Harmonia, and has been a guest soloist with the Cleveland Pops Orchestra, performing his own arrangements of gypsy and klezmer music.

Rachel Baiman has worked in Nashville and toured widely as a singer and multi-instrumentalist.  About her duo of 5-string fiddles, Ten String Symphony, NPR’s All Songs Considered said, “They do things with fiddles you wouldn’t expect.”

embraces classical, gypsy jazz and folk. His trio has toured Europe.  Kliphuis is in demand at festivals, competitions and conservatoires. He wrote the best-selling book “Gypsy Jazz Violin” and teaches improvisation at the Amsterdam Conservatoire and his own summer school, Grappelli-Django Camp.

– Paul has played bluegrass,  old  time  fiddling, western swing, country, traditional jazz, swing and bebop.  After studying jazz violin with the pioneering Joe Venuti, Paul spent many years working in the bands of Merle Haggard, Asleep at the Wheel, Larry Gatlin, Loretta Lynn and many others. He has also studied with a number of great Mexican fiddlers.

Celtic, Classical, electronic, and more.  Kittel performs with his own band, spent 5 years with Grammy-winning Turtle Island Quartet, and has worked with such artists as Aoife O’Donovan, Yo Yo Ma, Edgar Meyer, Chris Thile, Mark O’Connor and Mike Marshall.

Alasdair White grew up on the Isle of Lewis in the Scottish Outer Hebrides. A Gaelic speaker, he toured with the Battlefield Band and can be heard on 8 of their albums, plus a solo album of his own.

best known fiddle performers, teachers and composers with many appearances on radio and television. Alistair is fiddle instructor at the Royal Conservatoire of Scotland.

Hailing from Orkney, Jennifer has played masterful (and mischievous!) traditional and original music all her life with her twin sister Hazel on guitar at age 8.  After years of touring, the Wrigley Sisters created ‘The Reel’ in the center of Orkney: a music school, cafe & bar, shop, and venue.  Jennifer has written and arranged over 200 tunes for fiddlers and orchestras.

Mike Vass – One of the most creative forces on the Sco

ttish music scene today, Mike has played fiddle in duos and bands such as Malinky, composes, produces and collaborates with many of the leading Scots and Gaelic tradition bearers, delivering multi-media performances, overseeing critically acclaimed recordings, and scoring for prestigious ensembles.

Sarah-Jane Summers A tradition-bearer of the old Highland style of fiddling, she was taught by the late, great Donald Riddell (1908-1992), who

learnt his fiddling from a relative of hers, Alexander Grant of Battangorm (1856-1942). Now based in Norway, she is also expert in Norwegian traditional music and improvisation.

and the innovative fiddle quartet Rant, Jenna is one of Shetland’s (and Scotland’s) finest fiddlers and teachers, having played with Filska, Deaf Shepherd, Dochas, The Unusual Suspects and The Finlay MacDonald Band, as well as film and the Transatlantic Sessions.

tradition of his native Shetland and his experience with leading bands including Boys of the Lough, Fiddlers Bid, Session A9 and Nordic Fiddlers Bloc to create an expressive and adventurously individual musical style.

Andrea Beaton grew up in a musical family in Cape Breton, Nova Scotia.  Her father, Kinnon, and her mother, Betty, are well known as fiddler and pianist.  She has made 6 solo CDs and published 2 books of tunes. Andrea tours and teaches widely.

Troy MacGillivray – Troy is a fiddler,

pianist and stepdancer from Nova Scotia.  He has played many times at Celtic Connections Festival and been featured at the East Coast Music Awards, Celtic Colours International Festival in Cape Breton, and the Edinburgh Fiddle Festival.

Olav Mjelva – Olav comes from Røros in the

Sør-Trøndelag region of Norway.  He began playing the fiddle at age seven and some years later started playing the Hardanger fiddle.  He is a founding member of Norwegian/ Swedish ensemble SVER, The Nordic Fiddlers Bloc, and his own duo.