This post was first published here almost 5 years ago, but the nice thing about jokes is that most of us hear them and forget them — this clever adaptation allows us 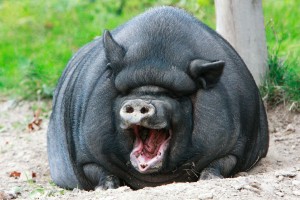 to enjoy them all over again the next time!  Here’s a nice list of all those music jokes you may have heard (or read) and forgotten!

Note:  There are no fiddle jokes here.  Is there a message in this?  Is the fiddle such an awesome intrument that it’s not funny?  Or do people already feel so sorry for us that they don’t need to take us down a notch?

OK, get ready.  No instrument is sacred here!  (Caution #1:  Do not read this while playing a wind instrument.)  (Caution #2: These are not all in good taste.)

Harmonica: What do you call a harmonica player’s accompanist?  Fido.

Oboe:  What is a minor second?  Two oboes playing in unison.

Bagpipes:  Why do pipers always walk while they play?  To get away from the noise.  (It also makes them harder to hit.)

How many musicians does it take to change a light bulb?  Five–one to change the bulb and four to say, “Oh, I could do that.”

Violin:  Which is bigger, a violin or a viola?  They’re actually the same size, it’s just that the violinist’s head is bigger.

Cello:  What’s the difference between a cello and a buzz-saw?  Vibrato.

Bass:  How many bass players does it take to change a light bulb?  None, the pianist can do it with his left hand.

Harp: It’s tough to be harpist–you spend half your time tuning and the other half playing out of tune.

Piano:  What do you get when you drop a piano down a mine shaft?  A flat minor.  What about if you drop it on an army base?  A flat major.

Organ:  Why did Bach have so many children?  His organ had no stops.

French Horn:  How can you make a trombone sound like a French horn?  Stick your hand in the bell and play a lot of wrong notes.

Piccolo:  Who was that piccolo I saw you with last night?  That was no piccolo, that was my fife.

Banjo:  What’s perfect pitch on a banjo?  When you pitch it into the dumpster without hitting the rim.

Why are there no banjos in Star Trek?  Because it’s the future.

How do you get a banjo player off your front porch?  Pay him for the pizza.

Accordion:  How is an accordion like a lawsuit?  Everyone’s happiest when the case is closed for good.

Drummer:  One time the guitarist locked his keys in the car.  It took him 2 hours to get the drummer out.

What do you call the beautiful woman on the drummer’s arm?   A tattoo.

Conductor:  How is an orchestra different from a bull?  The bull’s got the horns in front and the ***hole in the back.

Soprano:  How many sopranos does it take to change a light bulb?  One–she holds the light bulb and the world revolves around her.

Altos:  How many altos does it take to change a light bulb?  None.  They can’t get up that high.

Jazz musician:  How do you end up with a million dollars playing jazz music?  You start with 2 million.  (This one could work with fiddlers too!)

Tuba:  What kind of calendar does a tuba player use?  Year-at-a-Glance.

Guitar:  How do you get a guitar player to play quieter?  Give him sheet music.

Trombones & Saxophones:  What’s the difference between the trombone section and the saxophone section?  The trombones weren’t meant to sound like two cats in a fight, but they do.

Piano:  Why are a pianist’s fingers like lightning?  They rarely strike the same spot twice.

Bass:  Why did the bass player get mad at the timpanist?  Because the timpanist de-tuned one of the bass strings and wouldn’t say which one.

Timpanist:  How do you know when there’s a timpanist at your door?  Because he bangs too hard and never knows when to come in.

Flute:  What’s the difference between a flute and a flutist?  The flute has its head on straight.

What’s the difference between a flutist and a flautist?  Their fee.

Diva:  Did you hear about the female singer with the low voice?  She was known as the deep C diva.