Recently I added up what is going on in technology in many nooks and crannies of daily life for individuals, companies, governmental groups, and realized that www.fiddle-online.com may be just the kind of technology that’s going to be truly meaningful in the future. 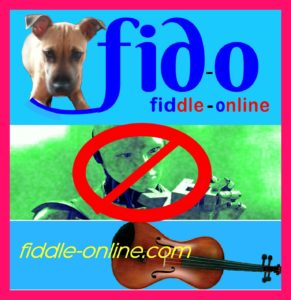 Services like fiddle-online are different because of the direct connection to those who make use of the service. The prevailing disconnect we see between programmers and users is not sustainable.

In fiddle-online, the manager of the site is also the one who works directly with users, students, guest teachers.  Questions that my programmer-self might consider dumb and obvious, because I thought my design to be so clever, are taken quite seriously by my teacher-self, who says “Why should anything be confusing?  Why presume that others think the same way I do?”  When people complained about being trapped trying to prove to Google that they’re human by answering unanswerable visual puzzles, I figured out a way to remove those puzzles without jeopardizing security.

As an experienced teacher, my job is to tune in to what learners want and need in order to learn better.  As site designer, I can actually make that happen.  That’s why, for example, I devised a unique system to mark out phrases of music and provide self-repeating audio for each phrase.

Being the one who can resolve people’s concerns, I am glad to be the one who hears from people about a video that’s out of sync, or some wording being confusing, or discovers that some people really don’t like to read much and need more visuals. Knowing that people want transparency, I can make sure that nobody is charged without being sure they know what they’re clicking on and can confirm their choice.

If someone using the site makes a mistake. I don’t have to refer the case to an IT department of workers who might be more more comfortable hiding behind code than having to take initiative and responsibility.

If a technological society is to be sustainable, techies need life experience, not just vocational knowledge.  They need empathy and willingness to experience the use of the products they make. Today’s obsession with profitable college majors forgets how much more productive and happy workers are if they are able to engage with literature, music and the arts, and can think, speak and write well.   Tech services need to be personalized to serve real people.  People are not code; people don’t automatically fall in line when you hit the start button.

Here are two examples of what can and does happen among techies who are not well-rounded, two personal stories from when I owned a CD distribution company:

The other story is about a guy who came in to fix a computer in the office, and ended up changing an employee’s font and screen resolution, apparently to amuse himself.  Oh, it’s easy to put it back the way it was, he told me, all you had to do to was… He seemed to have no clue that we had actual work to do!

Fiddle-online.com has been shaped by two things — my skills, and the feedback that has come in from people who make use of the site.  My skills are drawn from 40 years of teaching individuals and groups, performing widely, having run a business, my writings and contacts.  If we grow, I would seek assistance from people who also have empathy and experience with what we are doing, not from narrow specialists.

I haven’t really done it alone, though — I’m grateful to Adrian, the fellow who wrote the scripts that automate the site.  He runs a similar business, Vibralogix, and is willing to personally take on feedback and solve problems for his many users.  He has solved a number of script problems for fiddle-online that I couldn’t figure out myself.

Please note too that there are many well-rounded and thoughtful IT people out there, even if some are trapped by the tentacles of bureaucracy.  In fact, many programmers are also musicians!  Perhaps a big part of the problem stems from the relentless profit worship taught in business schools.

If you are a learner on fiddle-online, please know that although I can only put in the time I can manage, I do get around to everything, and pretty quickly, so if you have concerns, requests, notice anything confusing or inconvenient, tell me and I’ll address it!