Music heals.  It is widely used in therapy, it soothes the moods of people round the world, and the act of playing music generates endorphins that make a player feel better.

Music therapy has been used for many years for its multi-sensory expression.  Studies about neurological development support its use to draw out feelings and concerns of patients.  It was found to be particularly effective with traumatized children after World War II.  Therapists use many methods to work with people, including moving to music, listening, playing on instruments, body percussion, singing, and songwriting. 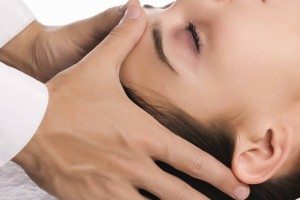 In the 1930s, my mother studied piano from a man named Moissaye Boguslawski, who had grand notions of what music could do to heal people.  He believed, ahead of his times, that music could cure antisocial behavior and treat memory loss.  A prominent concert pianist with various symphonies, he insisted on playing regular piano concerts at the Cook County Hospital for the Insane, a place in Chicago commonly called Dunning, which doubled as an insane asylum and a poorhouse.  Boguslawski was convinced that music had healing effects on people suffering in that institution.

END_OF_DOCUMENT_TOKEN_TO_BE_REPLACED

Daniel Levitin wrote an interesting book called This Is Your Brain on Music: The Science of a Human Obsession. He examines scientific observations about how music affects our brains and vice versa. It’s especially fascinating when you think about learning to play music.

I’d like to mention here just a few interesting points raised in the book–about practicing, ear training, and the effect of music lessons on brain development.

Practicing
Levitin describes an experiment where researchers tried to define “talent.”  They examined music students who were regarded as most talented, and invariably found that those students who were the best musicians had practiced significantly more than the others. “Talent” seems to be a word people apply retrospectively to someone who has accomplished something in music already.

Some argue that practice is everything. Apparently everyone who has been considered world-class in their field of expertise, whether music, writing, chess, math, crime–any expertise–was found to have put in at least 10,000 hours of practice in that field of expertise. Levitin points this out as part of a debate about how patterns are developed in neural pathways, but also discusses the impact of caring and enjoying an activity on brain chemistry and on the success of building good physical and artistic memory.

END_OF_DOCUMENT_TOKEN_TO_BE_REPLACED

In Playing Faster 1 we talked about ways to think better about the music you learn and play, so that you clear the way to playing faster if you wish.  In Playing 2 we looked at some techniques for learning to play a piece of music faster.

Now let’s look at the unspoken question — how fast do you want to play?  Below is a list of actual tempos used on a variety of recordings.

If all you want to do is play faster, you will end up playing too fast.  What you want to do is be able to play at a good tempo, one that flows, one that suits the tune and the reason you’re playing it.  Feel the beat you want, and play to that.  Worrying about playing faster will make you rush, with no anchor or goal.

There are no firm rules about how fast to play a particular tune, but if you are playing it for a purpose, such as contra dancing, there is a range of tempos you need to reach so that the dancers can enjoy dancing.  Dance tunes have ideal tempos, but even those vary from one location to another.  Tunes for other purposes, such as marching, a wedding processional, a funeral, a tune to open a program, or to close one — all have a suitable range of appropriate tempos.
END_OF_DOCUMENT_TOKEN_TO_BE_REPLACED

In Playing Faster 1 we talked about priorities.  Notes or beats?  If you want to play faster you will do best to focus on the beat and the beat notes, rather than on getting all the notes.

Here are some games to help you play a tune faster.  It’s best to do t 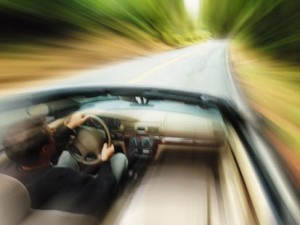 hese on small, manageable parts of a tune, not the whole thing.  Start by working only on a phrase, or if need be, a half phrase.  A phrase is usually four beats — all the learning materials on fiddle-online.com break tunes down by phrase, both in the audio and the sheet music.

END_OF_DOCUMENT_TOKEN_TO_BE_REPLACED

Does playing faster come naturally, or is it a skill you have to learn? How fast is fast enough?

The answer to the first question is yes, it’s natural – but it’s also a skill. With persistence, you will play faster as the instrument and your favorite tunes become more comfortable. But you can also learn to play faster, and sooner than you might expect. That’s what this article and Playing Faster 2 are about.

As to the question of how fast you should play, this is a separate issue and will be addressed in Playing Faster 3.

END_OF_DOCUMENT_TOKEN_TO_BE_REPLACED

Scales are probably the most useful note pattern to become familiar with.  Scales are simply all of the notes played one at a time up

and down.  On the fiddle, one note per finger plus open strings will generate a scale.  All of the white keys of the piano form a scale of seven different notes before reaching the octave, the eighth note.  If you start on the A (220 beats per second) just below middle C, then the octave note is also an A because it is precisely double the frequency (440 beats per second) and sounds to our ears like the same note but higher.  (See article on the frequencies of nature in archives at left, from June 2015.)

If you are familiar with scales you can much more easily learn by ear, as it will help you group notes as you learn a tune, so that you don’t have to think about each note individually.

For beginners, scales serve many purposes, including  END_OF_DOCUMENT_TOKEN_TO_BE_REPLACED

Intermediate players have different needs than beginners or advanced fiddlers.

If you are at the intermediate level, you know how to play a number of tunes, and have probably enjoyed playing with others in sessions or in a group.  You know the joys of playing and getting better, and look forward to going farther.

Stay tuned to this blog for a number of posts exploring ideas for you to consider.

A good starting point is to evaluate your goals now and then.  Are you most drawn to the social factors, building repertoire, playing better, learning a particular style of fiddling? Do you want to play for dancers, play gigs with a band, join in public sessions, perform with a large amateur group, play solo spots, enjoy private musical gatherings among friends, enjoy playing and exploring the music at home for yourself?  Future articles will address all of these topics.

By the time you’re an adult, you’re  quite accomplished in many skills — at work, while driving, being with friends and family.  But when you pick up a new musical instrument, you start fresh.  It’s an exciting adventure, but also humbling!

In learning fiddle, you will blend the physical, intellectual, and emotional.
Physical:  Your body may not always operate the way you presume.  Be open to new discoveries.
Intellectual:  Think constructively.  Sometimes you need to understand how to do things, while at other times, you’ll find that overanalyzing can get in the way, because much of what you need to learn is nonverbal.
Emotional:  As your violin becomes your musical voice, you will have feelings about various pieces of music — these will often motivate your learning faster and truer than following all the rules.

You already know a lot, because

END_OF_DOCUMENT_TOKEN_TO_BE_REPLACED

No matter how beautiful the notes, it’s timing that’s at the heart of the music, so it’s no wonder many players tap their toes.  Notes played badly but with good timing still present a recognizable piece of music, whereas notes played beautifully but with careless or unanchored timing can be confusing to listen to, or even unidentifiable. 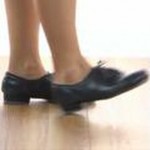 How do we make certain of good timing?

There are many angles to that question but for the moment, I’d just like to comment on how musicians reinforce the beat with physical movements, such as tapping feet.

Those who play with the clearest sense of timing move physically in some way, as they play.  Those who have trouble with timing END_OF_DOCUMENT_TOKEN_TO_BE_REPLACED

Memorizing a piece of music is different from learning it. Musicians who rely on written music, and then memorize it, have taken only a first step toward learning it.

Learning a piece of music involves making it your own, not just remembering the notes.  It engages your feelings and thoughts about sound patterns, rhythms, tensions and resolutions.

Research shows that playing music involves many areas of the whole brain (see this earlier blog post), whereas reading music focuses on the visual and language centers. When we learn a piece of music we give it a much broader dimension than we can when we read it.

Reading music is certainly a helpful skill — essential for END_OF_DOCUMENT_TOKEN_TO_BE_REPLACED