– from the Northern tour (Caithness/Orkney/Shetland/Aberdeenshire/Morayshire)

Jennifer grew up in Orkney, and toured the world with her twin sister Hazel in a virtuosic and funloving fiddle & guitar duo. They made 2 albums with the band Seelyhoo, 7 albums of their own, and created ‘The Reel’ – for over 15 years a central space in Orkney for music lessons, as well as a community cafe & bar, music shop, venue and exhibition space. Jennifer has written and arranged over 200 tunes that have been performed by fiddlers and orchestras.

Douglas is a born and bred Orcadian who has been teaching the next generation of Orkney fiddlers for almost 30 years as well as touring the world with his Duo Saltfishforty and Orkney Supergroup ‘The Chair’.  Although he specializes in traditional fiddle music of Orkney he is often found performing blues, rock and classical music too.

Maurice grew up and lives in Shetland, very much part of the traditional music scene there. He is known for his passion and enthusiasm for the traditional Shetland tunes, folklore of islands and the stories behind the tunes, and known for telling quite a few yarns himself! His beautifully illustrated book “In Search of Willafjord” tracks down the origin of a famous Shetland tune to whalers in Greenland.  A founding member of the band Fiddlers Bid, Maurice also plays with the 5-piece band Haltadans, with Ewen on fiddle.  Ewen is a violinmaker.

Jonny is a founding member of the Aberdeenshire band Old Blind Dogs, which over the past 3 decades has toured widely with their captivating traditional Scots music and song, and made more than a dozen albums.  He’s a fiddler, guitarist, singer, composer, producer, and musical director of a theater company. 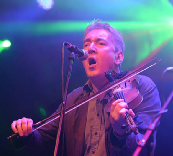 Charlie grew up in Morayshire and in his early years won many traditional Scottish fiddling competitions.  He went on to become a virtuoso, innovative musician, and an integral member of the great band Capercaillie, which has toured the world and sold well over a million albums. 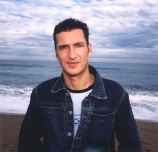 Gordon is from Wick, in the northern mainland of Scotland (Caithness). He’s a virtuoso traditional fiddler and a founding member of Session A9 (Dougie MacLean called them “the best band to have come out of Scotland in 100 years”).  He travels far and wide as a performer and instructor, and in addition to his solo albums, has played on over 50 albums as a session musician.